Here’s a great slideshow of Massimo Vignelli’s recently-updated New York subway map (the original was designed in 1972). Unsurprisingly, it is still just as beautiful, clean extremely easy to use. So I can’t fathom why the city wouldn’t ditch the current version for this far superior design. 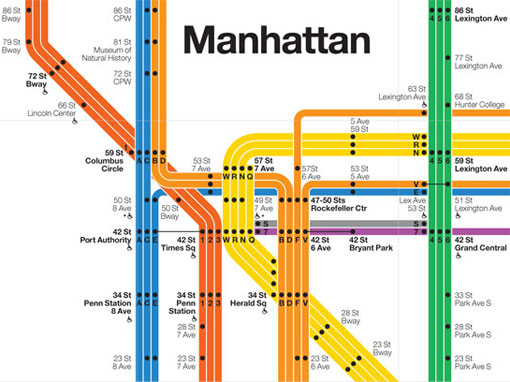 Apparently Men’s Vogue was also distributing free copies of the new and improved design in their May 2008 issue after the 500 previously released signed prints had sold out. I can’t believe I missed this!