Check out this serious feat of cardboard design and construction born out of a collaboration between Shotopop and JWT Shanghai:

Shotopop and JWT Shanghai put their heads together to create these in-store displays out of shoe boxes for sports-brand ANTA. 3 individual pieces were develop and built, made up from the cardboard of ANTA shoe-boxes, to represent 3 prominent Chinese Basketball players, sponsored by ANTA Multiple blunt blades and an eye infection later, the project ended up winning 2 lions at the Cannes awards.

The “Chinese Beast”, Li Xiaoxu’s playing style is fast, fearless and powerful. His sculpture, made up predominantly from elements of wings, feathers and lightning, shows exactly that. With exceptional low post skills, Tang Zhengdong is an “Irremovable pillar in the sea”, which indicates an ancient Chinese proverb for hero. The spiral staircase of courts represents his rise in the CBA, from the young age of 16 Zhou Peng has already won 6 CBA Championships, represented by the golden stars on his sculpture. His relentless defences and explosive ferocity makes him a force to be reckoned with. 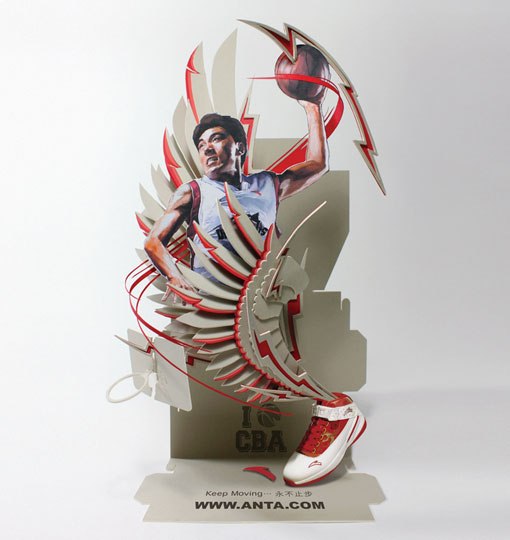 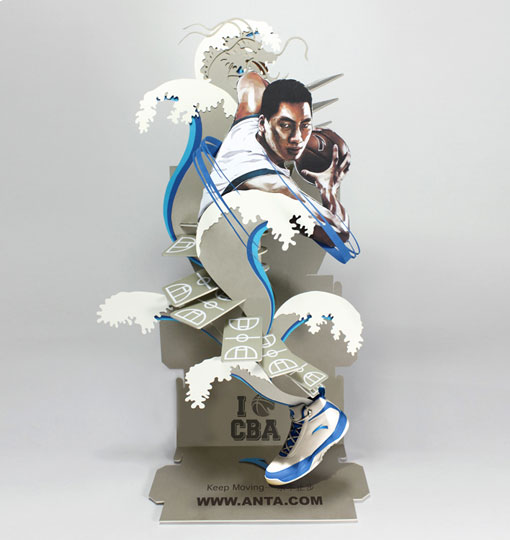 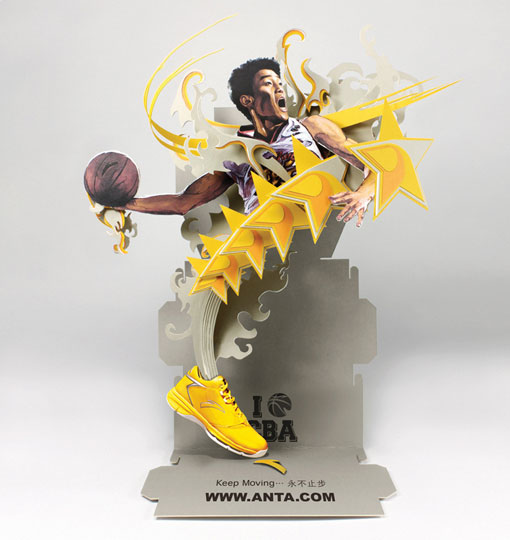 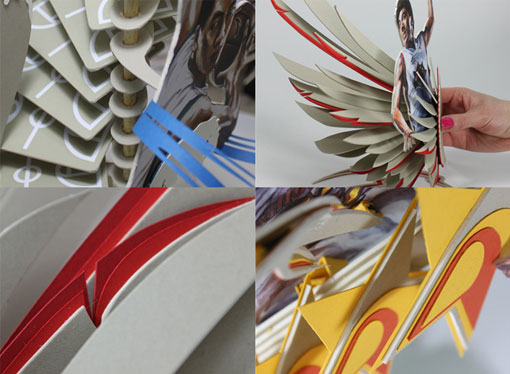