Colle + McVoy has just released the 2011 version of he All-set Card Set, a set of eight letterpressed cards that has you covered for an entire year of major holidays. Not only are they beautifully designed, but the proceeds from each card set all benefit the United Way. And as a bonus, this year they’ve also created allsetcard.com, where you can sign up to receive personal reminders when your cards should be sent. Such a great idea! 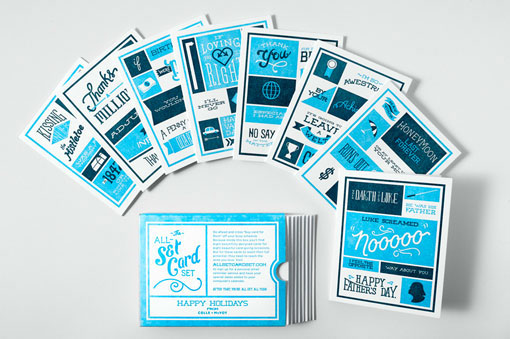 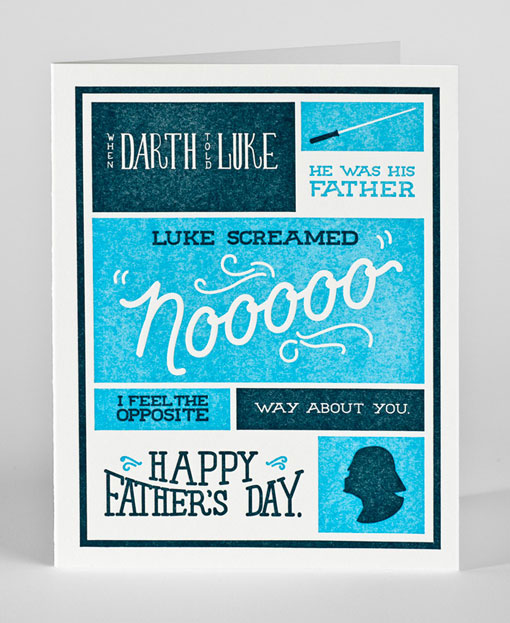 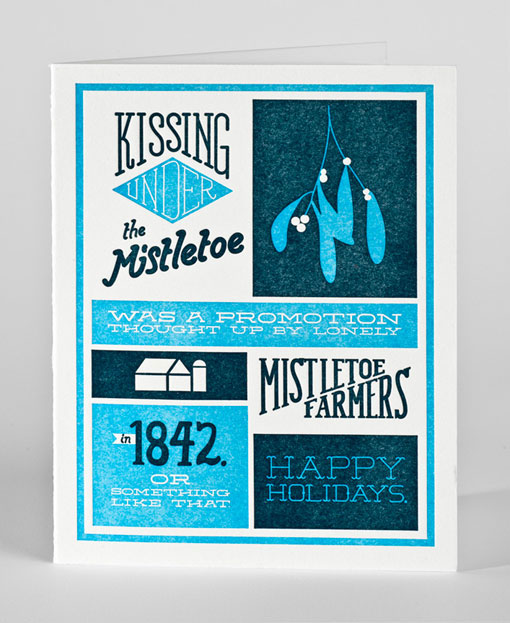 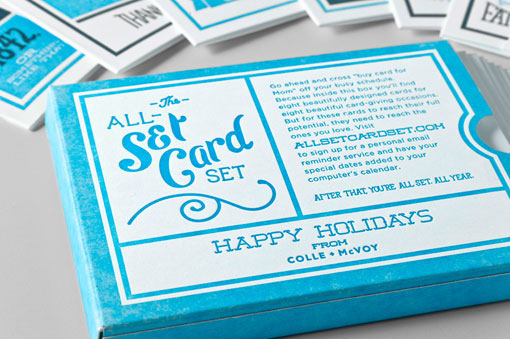