If you’re still on the hunt for this year’s holiday cards, this set by Sane and Able, The Londoner Christmas Games, is definitely a fun and one-of-a-kind option. The story:

Not too long ago in a time before Rubik’s Cubes, the Internet and bendy buses, London held an annual Christmas Games which were open to all denizens of the fair city. The games would be a raucous time with streets filled with worthy Londoners pitting their wits against each other in an effort to be crowned The Londoner Games Champion in their chosen discipline.

To commemorate these lost times we have created a collection of six individually illustrated Christmas cards, each depicting a different traditional London sport. Although some of the sports are still played by small pockets of Londoners down foggy cobbled streets, the likelihood of chancing upon one of these games in the flesh is a rare spectacle, sadly. 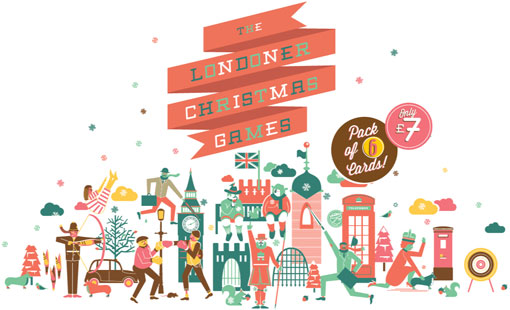 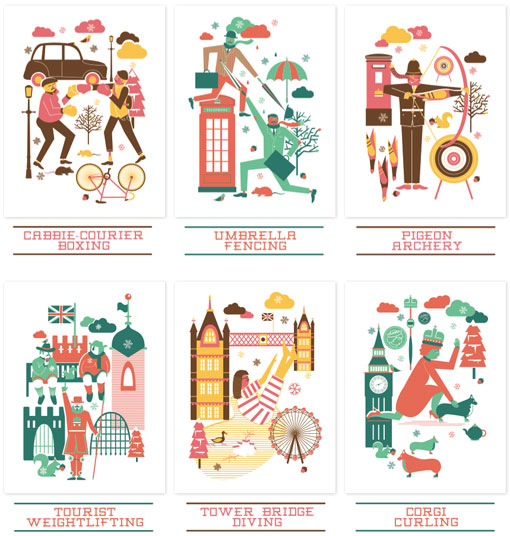 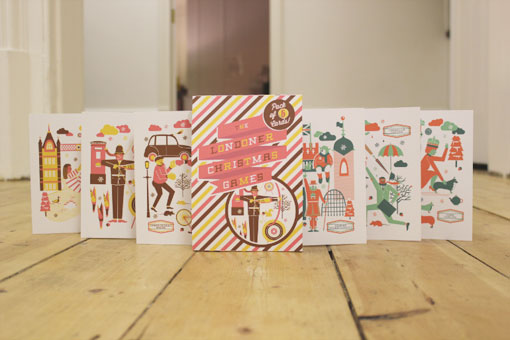 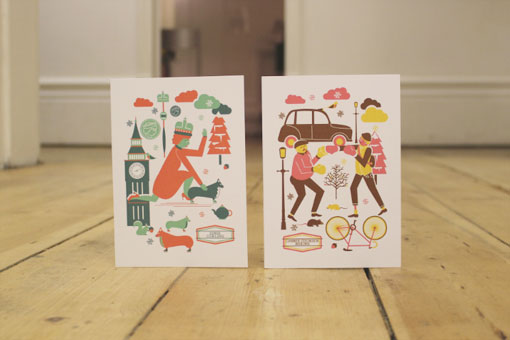 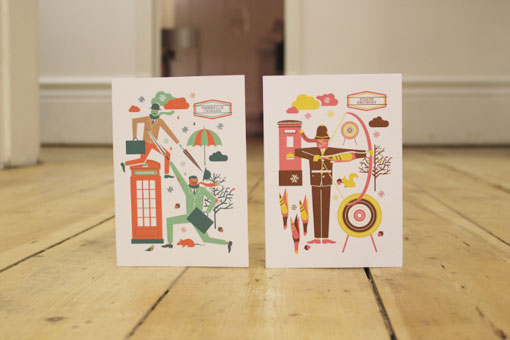