Harriet is an elegant serif typeface developed by Okay Type. It features two styles, display and text; six weights, from thin to black, and a wide array of Open Type features. According to its designer, the typeface was inspired by both transitional faces such as Baskerville, and modern ones, such as Century. The exceptional quality of Harriet was recognized by the Type Director’s Club earlier this year when they named it one of their 2012 Typeface Design winners. 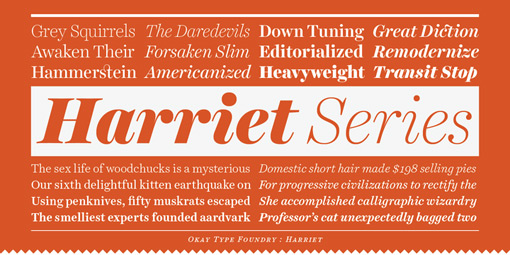 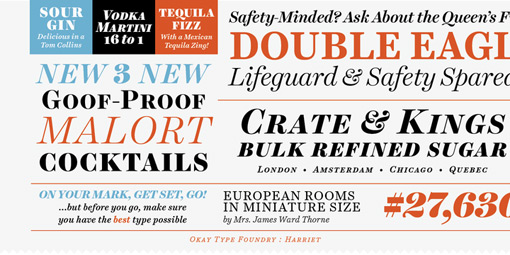 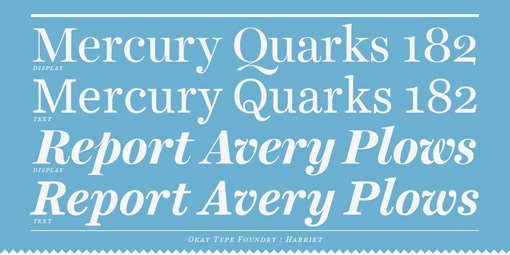 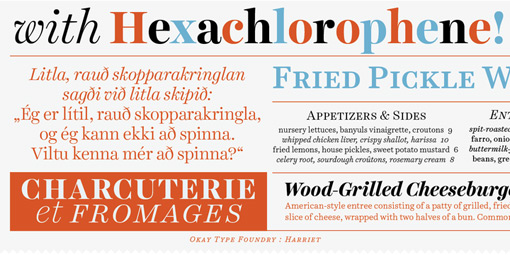 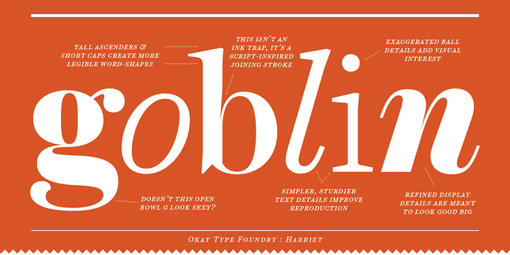 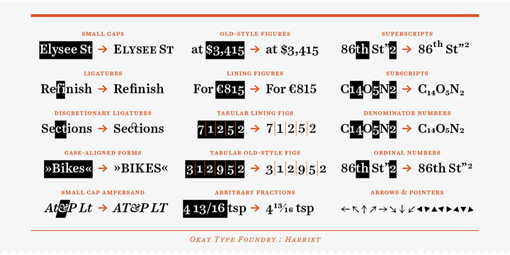